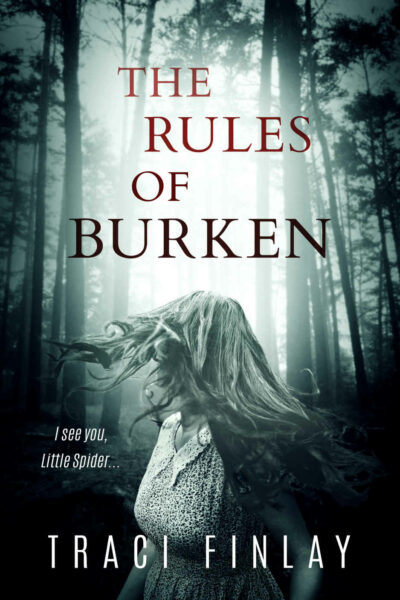 "Intense and creepy. A look into the dark depths of psyche, trust, and family, with twists so jarring, you won't know right from wrong." --Tarryn Fisher, New York Times Bestselling Author

Twenty-four-year-old Charlotte Stahl would do anything for her older brother, Ian. After all, he’d done everything for her growing up.He played Burken with her—a hide-and-seek game they made up as kids.He comforted her when their mom deserted them. He raised her when their dad went to prison for murder. To Charlotte, Ian is the only reason she’s still alive—he’s her rock. So when Ian asks her to play Burken in the isolated woods of Cadillac, Michigan, Charlotte feels she could use the nostalgia and agrees. Burken—it’s the one thing that never changes…

...until Ian threatens to kill her in the middle of the game.

More than the rules have changed as Brother turns to Predator, Sister turns to Prey, and she’s navigating the forests of Northern Michigan on foot with nothing but the clothes—and a target—on her back.

If Charlotte wants to stay alive, she knows she has to untangle the web of her haunting past to find out where things went wrong, and at what point she lost sight of reality. With no other choice but to reopen old wounds—and with Ian hot on her trail—Charlotte learns that sometimes evil has to manifest in order for good to succeed. Which makes her wonder…

Is Ian really a monster? Or her savior?